Is It Normal for Men Go To Baby Showers?

Baby showers have traditionally been a female-only affair. But as society has shifted towards gender equality, there is an acceptance of men attending baby showers.

If there are male guests at the baby shower, then the conversation needs to be tempered to more gender-neutral topics.

Let’s run you through what to do if men decide to come to your baby shower.

Contents hide
1 There are men coming
2 It’s less about games
2.1 Guess Who
2.2 Don’t Say Baby
2.3 Because I said
3 Have the gender ratio balanced
4 Take care how you design the invitations
5 Let the future father have input with the registry
6 The swag bag
7 Some guys balk at the idea of a baby shower
8 What is a Dadchelor party?
9 What makes a great Dadchelor Party?
9.1 Fire up the BBQ
9.2 Get out for the afternoon
9.3 Share stories and parental advice
9.4 Thank your guests
10 Play Dadchelor party games
10.1 Name the beer
10.2 Baby bottle ring toss
10.3 What’s the food?
10.4 Feed the baby
11 It’s not just for women anymore

There are men coming

The number one rule of any baby shower is that you can invite whomever you want. If you are comfortable with men being present, then send them an invitation.

Have a chat with the father-to-be and get his input. See if he is comfortable with the idea of coming to the baby shower.

The way to plan for a baby shower in which there are male guests requires a different approach than that for a female-only affair.

Games can be fun, but with men in attendance, you may need to reign in the activities.

Co-ed baby showers have a more intimate party feel to them. There is food and small talk.

Ask the father-to-be if he is open to having games or not.

If he’s fine with the idea, then the activities have to be gender-neutral. Here are some suggestions:

Have the guests bring a photo of when they were a baby. Number the photos and then place them around the room.

The invitees are each given a prenumbered list of names and they have to match the photo with the name.

Each person at the party is given a set number of clothes pins/pegs. Throughout the shower, everyone has to avoid saying “baby”.

If a person overhears someone using the term, they get to take the pin off the person who uttered the word.

The winner is the person with the most clothes pins at the end of the shower. 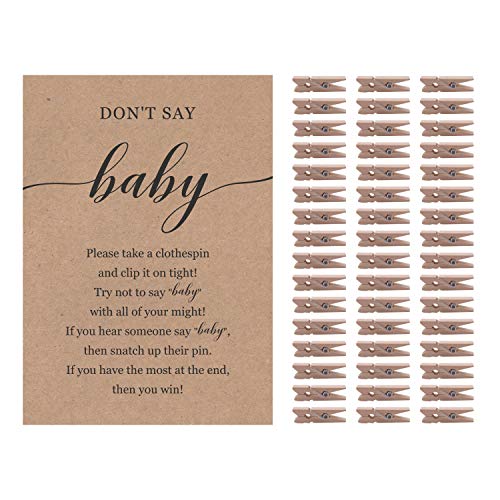 In this game, each guest writes down on a piece of paper something that their parents used to tell them to do.

The pieces of paper and then put into a container and drawn out one at a time.

Everyone has to guess who wrote what and if they would tell their children the same thing.

Have the gender ratio balanced

Having too many women and only a handful of men can make the guests feel somewhat awkward.

Aim to have a 50:50 gender balance. You can achieve this by having the female guests encourage their male counterparts to come.

Take care how you design the invitations

You want the invitations to strike a feminine/manly equilibrium. Think of the colors and wording.

Use a neutral pallet to be on the safe side. If that suppresses your creativity, then add in some bright colors.

Regarding the wording, there are plenty of examples available on the internet. Use your favorite search engine to find them.

For the more inspired amongst you, you can come up with your own words.

Let the future father have input with the registry

As the parents-to-be, you would have discussed the items you need. Perhaps you have purchased the bigger ticket products, with the smaller things left to be placed on the registry.

Of course, it’s not necessary to have a registry. Some people argue against the idea as they will tell you that guests pay little attention to the list.

That leaves you frantically having to shop for the final bits and pieces, hopefully before the baby arrives.

If your friends are asking about the registry, then discuss it with the father. Allow for his input and then send out the information.

Men may not appreciate receiving a gift bag that contains feminine-colored goodies inside.

In deciding what to include within the favor bag, both parents need to be involved.

You can start by making a separate his and her list. The father writes down his gift ideas and the expectant mother does the same.

Compare notes and then make your final list of items to include in the bag.

Here are some suggestions to get you started:

You will know what your guests like, so match the favor bag to their tastes. 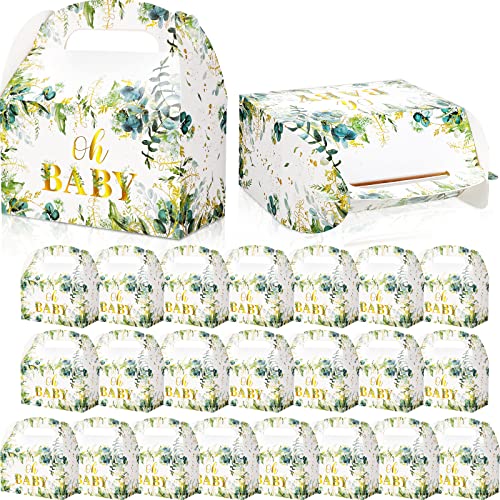 Some guys balk at the idea of a baby shower

Don’t be shocked if a few of the guys you suggest come to a baby shower tell you that it’s something for girls.

Some men still perceive the whole affair as highly feminine. They will tell you that the last thing they want to go to is a party where women ooh and ahh over baby bibs and clothes.

For them, a good alternative is to have a Dachelor party.

What is a Dadchelor party?

At a Dadchelor party, the guys get together to help the father-to-be celebrate the upcoming birth.

There are no set rules as to how a Dadchelor party should be run.

Yet, because it’s a guy thing there are some purely male elements behind the party:

Just as a baby shower is organized by a family member or friend of the mother-to-be, you can take the same approach to plan a Dadchelor party.

What makes a great Dadchelor Party?

The main ingredient is: FUN!

How you add that component is entirely up to you. It depends on the wishes and interests of the father-to-be.

Fire up the BBQ

Gathering around a barbecue is always a good bonding session. It doesn’t have to be anything fancy (unless you want it to be!)

Have the guests contribute by bringing their own meat and beer to add to the communal pile.

You can swap out the beer for non-alcoholic beverages if no one at the party drinks alcohol.

Get out for the afternoon

Men that are into sports can spend the afternoon in their favorite pursuit.

Perhaps it’s a round of golf, knocking over a few pins at the bowling alley, or going for several laps around a car racing track.

After the activity is finished, everyone can head back to the father-to-be’s house and relax.

For first-time fathers, becoming a parent can be both exciting and anxious.

The more experienced fathers in the group can share their insights and thoughts.

Just because it’s a dadchelor party doesn’t mean you can’t have favor bags.

Because it’s a male-only event, you can make the gifts more manly. A bottle of beer, sports-related gifts, chips or peanuts, a bar towel, or a bottle opener would make good gear for a swag bag. 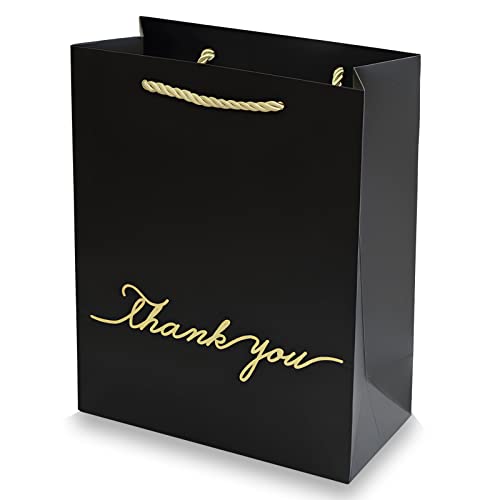 Some Dadchelor party games put a masculine twist on those activities enjoyed at a baby shower.

Without giving away the brand or name of a beer, guests get to give 5 hints.

The person who gets the answer correct is given a token. Whoever has the most tokens at the end is awarded a bottle of beer.

Set up around 10 baby bottles on one side of the room. Then have your guests try and throw their ring over the bottle.

Assign a range of points according to the difficulty level of having the ring land on the bottle.

Whoever has the most points gets a prize. 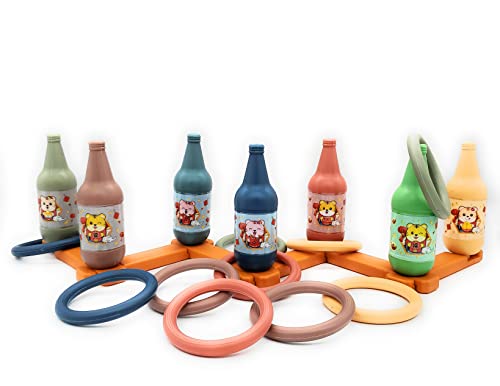 Buy a range of baby food and peel the labels off the jars. Number the jars.

Hand each guest a small plastic spoon and they have to guess what type of food it is.

To make it more tricky, you could concoct your own baby food.

For this, you need two guys per team. One man is the baby while the other one is the feeder.

Blindfold the feeder and then have him feed food to his baby.

You can have prizes for the fastest feeder and the cleanest feeder. Have a cutest baby prize, too!

It’s not just for women anymore

Baby showers had been the sole domain of the fairer sex. But society has progressed and become more open and integrated.

Men attending baby showers is trending, so don’t think you need to exclude the males when planning your party,

Of course, some guys will steer clear of coming to a baby shower. Also, the father-to-be may not be comfortable with the idea.

The alternative is a men-only dadchelor party,

No matter what type of celebration it is, treat it as that…a celebration!

Have fun, enjoy the time together and rejoice in the new life that is about to enter this world.

At What Age Do Babies Outgrow Swings?

I Have a Yeast Infection After My C-Section: Should I be Worried