Baby showers come in multiple formats, from a formal sit-down affair to a more casual party. However, lots of people are moving away from this idea, it is time-consuming and can be awkward if friend groups do not know each other.

So, what can we do in place of that? What is becoming more common is for future mothers to have come and go showers.

This is where guests ‘drop in’ between a certain time to congratulate the mother and father to be, give them a present, have a drink and some cake, and leave again.

People can stay from thirty minutes to the full two or three hours depending on their personal preference. It means that they do not have to take a whole afternoon out for it as well as the mother to be getting to see more people than you would at a traditional baby shower.

This is often an option for families if they do not enjoy the traditional games aspect of the baby shower, or the sit-down and chat idea or if they just want to invite more people.

The sit-down traditional event might not be everyone’s cup of tea, a simple social mixing might be more up your street.

So let us look at some of the benefits of a come-and-go baby shower.

What are the benefits of a come and go baby shower?

There are a huge number of benefits to the more modern idea of the come and go baby shower. Firstly, there is often less organization pre-shower, no ordering of loads of food or booking a place as it can be had at home.

Secondly, it is often cheaper, people come not expecting loads of food and drink so you can get away with just nibbles and punch.

Thirdly, it is less time-consuming, you can invite multiple different friendship groups rather than having multiple baby showers with different groups.

Your partner can feel more included, they can invite their friends and it does not need to feel like an all-female event. You can invite more people as there is no worry about seating or space as people will come and go at different times.

Finally, you do not have to organize games, you simply mingle!

What are some negatives of a come and go baby shower?

Though there are lots of benefits it is also important to remember that there are some downsides. You may not get to speak to guests in much detail, they may slip in and out without being able to catch you.

A come and go may be seen as less intimate, you may end up inviting people that you are only doing so out of politeness.

A traditional baby shower is more close friends and family, this sort of baby shower may open up to other people like work colleagues.

Come and go baby showers are much more likely to be organized by the mother to be herself which may add some pressure to an already stressful time.

Where shall I hold my come and go baby shower?

It is important that you consider all your options and work out which is best for you and your partner to facilitate, if you have a smaller home or want to invite loads of people you may want to look at holding it in a larger event space, this could be a community hall, you would not have to pay for catering to rent this space.

If it is nice weather it would not be inappropriate to hold it in the garden. This makes it easier to mingle and for people to come and go.

If you are thinking of a restaurant to café, they may expect you to pay for food rather than just the event space, this could be an additional cost that may defeat the object of the come and go baby shower if you are doing it for money reduction.

How does it all work?

The come and go baby unlike the original baby shower it is much more of an open and chilled invite. Guests are asked to attend between a set time such as 2-4 pm and drop in have a drink and a chat and then leave again.

People can come and go as they please, staying for as much or as little time as they want.

The mother to be and her partner will be able to mingle with their guests without having to think of games and other party activities.

Who should I invite to my baby shower?

Anyone. Husbands and men may feel more comfortable attending come and go baby showers as it feels less female dominant.

Literally, anyone can come and stay for the whole time or just a bit of it.

Also, as previously discussed older generation men are less likely to come to a sit down baby shower, however to a come and go shower they are much more likely to attend due to it being seen as more of a social mixing than an official baby shower.

You are also more likely to include people who are not as close to you due to the length of time and the fact that people will be popping in and out of the event you are able to invite more people than you would for a sit down, more formal events.

What do I have to provide at this type of baby shower?

The come and go is a much simpler event, a cake, some punch or beers, and maybe some small nibbles are all that’s needed. There is no detailed planning or booking of high teas, dinners, or lunches.

You may want to think about some chairs scattered around for people to sit and chat.

What things do I need to consider for a come and go baby shower?

You need to think about a few main things. Firstly, where it will be held, the benefit of a come and go is that you do not need loads of space, chairs, and tables. People can stand and mingle and leave.

It could be done at your home or even in the garden, giving it that extra casual side, it is also a lot cheaper!

Secondly a cake, nibbles, and punch. Though you will not be providing a sit down meal guests are likely to expect some sort of food.

Whether it be a cake or some nibbles it is likely to be a lot cheaper than the traditional baby shower. Cake wise you need to consider how many guests you are having, are cupcakes easier for people to grab and go?

Thirdly, who to invite, due to the nature of the come and go baby shower you have the option to open up the invites to other people.

How about inviting your partner’s friends to come? Or distant family? Men are much more likely to want to attend a come and go baby shower due to the fact that there is no sitting down and sharing of stories occurring.

Finally, the time period, is it going to be a whole afternoon thing or just a couple of hours. Depending on how much you want to space people out depends on how long you give them to come.

This also depends on how many people you want to invite.

Can I have games at my come and go baby shower?

Of course! However, due to the less formal situation of a come and go baby shower it is important to note that organized sit-down games may be hard. 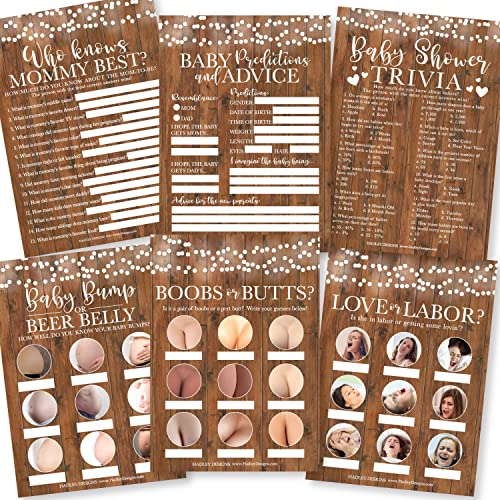 So, you need to think about games that can be done quickly and without team involvement, you may have a name guessing game where the guests might put their guess on a large sheet and be informed if they won after the birth. Or a game like a draw the best baby. These can all be done without group input!

What about presents at a come and go baby shower?

How you go the presents is completely down to your personal preference and when your guests attend the event. You can open them there and then or save them for later.

Guests often like it at baby showers when people open their gifts in front of them so you can thank them face to face. So, it is suggested that you open a gift when it is given to you.

This may be difficult when you are socially mixing throughout the baby shower though, so maybe having a dedicated time during the shower might be advisable.

However, to open the gifts post baby shower is not frowned upon and might mean that you have more time to mingle and chat with your guests during the baby shower.

So, what makes a come and go baby shower better than a normal baby shower?

It is just as effective as a normal baby shower, but it may help finically, time-wise, and food-wise. It provides you with the ability to see a larger volume of people in a short time without having to plan too much.

It allows your partner to be involved and invite their friends and family. It can be simply be held at your home or garden.

A come and go may be cheaper on the food side too, with cupcakes instead of a cake, (less washing up too!). Finally, you do not have to have any sort of games alongside it if that is not your thing.

Go with how you feel, if you are picking this option for a more chilled option then take the pressure off yourself!

You may also enjoy:

Welcome, I’m so glad that you’re here. From one mom to another, it’s nice to “virtually” connect with other all of you knowing that we’re all in this together.

When I first started this blog, I was looking for a way to have a creative outlet and share some of my experiences and knowledge that I’ve learned as a mom.

END_OF_DOCUMENT_TOKEN_TO_BE_REPLACED

Having five children, of one who is autistic, has made me stronger and taught me so much..I can honestly say that I pull so much strength and courage from the hearts and minds of my children From one mom to another, we're in this together. I couldn't be happier to have you along the ride.

END_OF_DOCUMENT_TOKEN_TO_BE_REPLACED

When you sign up for exclusive access you get ALL of my FREEBIES and so much more!